The soccer football movie is about a talented soccer player named Zlatan who was practicing when some kids who love soccer saw him and challenged him to do soccer stunts. He discovered they were talented after the stunts and decided to give them tickets to his football game, only to be attacked by a slug and turned mutant by the slug.

He kept moving around the city and destroying things, but the kids kept looking for Zlatan since they made a promise to him that they would look out for him, and yes, they did.

The slug infected another person after much had happened, but Zlatan was supposed to play at the football stadium, and at this point, the slug had taken all his talent, so the kids had to teach Zlatan how to play again, and they all went to be part of Zlatan's team, where they played and won, only to find out that it was Zlatan's ponytails that got a bit of his talent and attacked them all.

This movie is for kids and adults, kind of, but if you get easily irritated, then the slugs on their bodies might irritate you. But it was a great story, and I enjoyed watching it.

You will see two huge soccer stars, Zlatan Ibrahimović and Cameo Megan Anna Rapinoe, who will both lend their vocal talents.

Ibrahimovi is best known for his time at A.C. Milan and appears in the teaser video wearing his number 9 shirt, which he famously wore while playing for the Los Angeles Galaxy.

Rapinoe is best known for leading the United States women's team to victory in the 2019 FIFA Women's World Cup, the country's fourth title.

Other members in the voice cast include:
Arnie Pantoja
Tania Gunadi
Madison Zimmer
Kieran Walton
The soccer football movie is a Netflix movie. 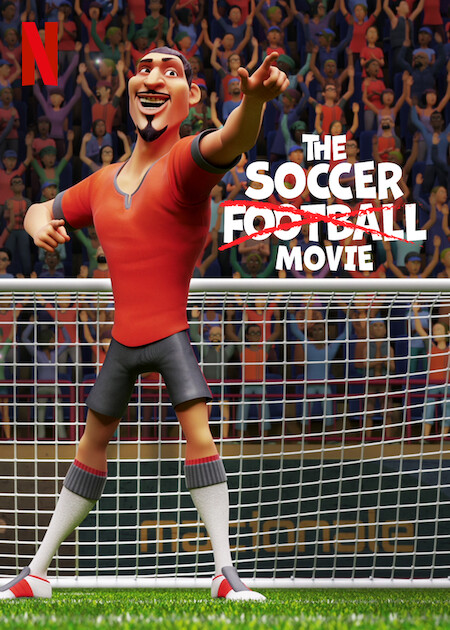