Pope Francis had surgery for diverticulitis in July. The condition is a potentially serious condition of the colon. About 200,000 Americans each year can now say they shared the same experience: they had the same surgery. Read on, if you have questions about the causes of diverticulitis, the most frequent symptoms, and how it's treated.

Most people are completely unaware that they have this condition. When a person undergoes a colonoscopy or an abdominal CT scan for another reason, the diagnosis of diverticulosis is frequently initially noted in a report. Diverticulosis does not cause symptoms, although it is more common in those who have irritable bowel syndrome or who are prone to constipation, bloating, and stomach pain after eating. While diverticulosis is quite common, only a tiny proportion of people with it will ever develop diverticulitis, which is characterized by inflammation or infection of one of the pouches.

What are the signs of diverticulitis?
Abdominal pain (typically on the lower left side) and fever are the most common symptoms of diverticulitis. The discomfort is sharp, clear and, intense, and it might last for several hours. Loss of appetite, nausea, vomiting, stomach bloating and cramps, and inability to pass gas or stool are also symptoms of diverticulitis.
A moderate case of diverticulitis that produces just a little pain in the lower abdomen usually goes away on its own after a day or two. If your symptoms persist or worsen, such as increased discomfort, fever, blood in stool, or stomach bloating with vomiting, you should get medical help immediately.
The treatment depends on how severe the condition is, it could be uncomplicated or complicated, and treatment will vary. A combination of blood tests and imaging investigations, such as a CT scan, can be used by your doctor to determine this.
What is the treatment for uncomplicated diverticulitis?
Uncomplicated diverticulitis, as the name indicates, is the least serious of the two. It indicates that the inflammation or infection is limited to a single region of the colon and that no complicating factors are present.
Oral antibiotics are usually used to treat uncomplicated diverticulitis at home. You'll also be given a few days of "bowel rest," which usually entails a clear liquid diet. This allows your gut to relax and repair while also potentially reducing discomfort. Until your symptoms improve, you'll also stick to a low-fibre diet (approximately 10 to 15 grams of fibre per day).
Some patients may need to be admitted to the hospital to get antibiotics through intravenous (IV) injection. If you're 65 years or older, or if you have additional medical issues like heart disease, diabetes, or chronic obstructive pulmonary disease, you're more likely to be admitted to the hospital.
After three days, most people start to feel better as a result of the treatment. You can gradually resume your usual diet if you feel well enough and the symptoms have subsided.
If your symptoms don't improve after a week of antibiotics, you'll most likely be sent for CT scans and another testing to determine if you have complex diverticulitis.
How is complicated diverticulitis treated?
If you have complicated diverticulitis, you have a specific complication that necessitates a lengthier course of IV antibiotics and, in some cases, surgery.
Pope Francis suffered scarring in a section of his colon where he had diverticulitis, which had produced stenosis, or constriction of the colon. The unhealthy section of the colon is removed in this case, and the remaining colon is reconnected.
Other complications that might arise during an active diverticulitis infection are:
Abscess.
A diverticular abscess is an accumulation of pus (a fluid that forms when an infection occurs). If medicines don't clear up the abscess, a doctor will need to remove the pus using a needle, guided by pictures from a CT scan.
Perforation.
Diverticulitis can cause a hole to develop in the colon, allowing the contents of the gut to spill into the abdomen. Your abdomen may feel sensitive to the touch, hard, or swollen if there is perforation. The hole is repaired by surgery. In some cases, a  portion of the colon around the perforation may need to be removed.
Fistula.
A fistula is an abnormal connection between an inflamed and infected section of the colon and other organs like the intestines or the bladder. The colon is resected and the fistula is removed during surgery.
Is it possible to prevent diverticulitis?
Diverticula, or pouches in the colon, can be prevented by eating a high-fibre diet and controlling stress.  These lifestyle changes might reduce the risk of diverticulitis. There is no proven way to prevent one of the diverticula from getting infected or inflamed once you have diverticulosis. 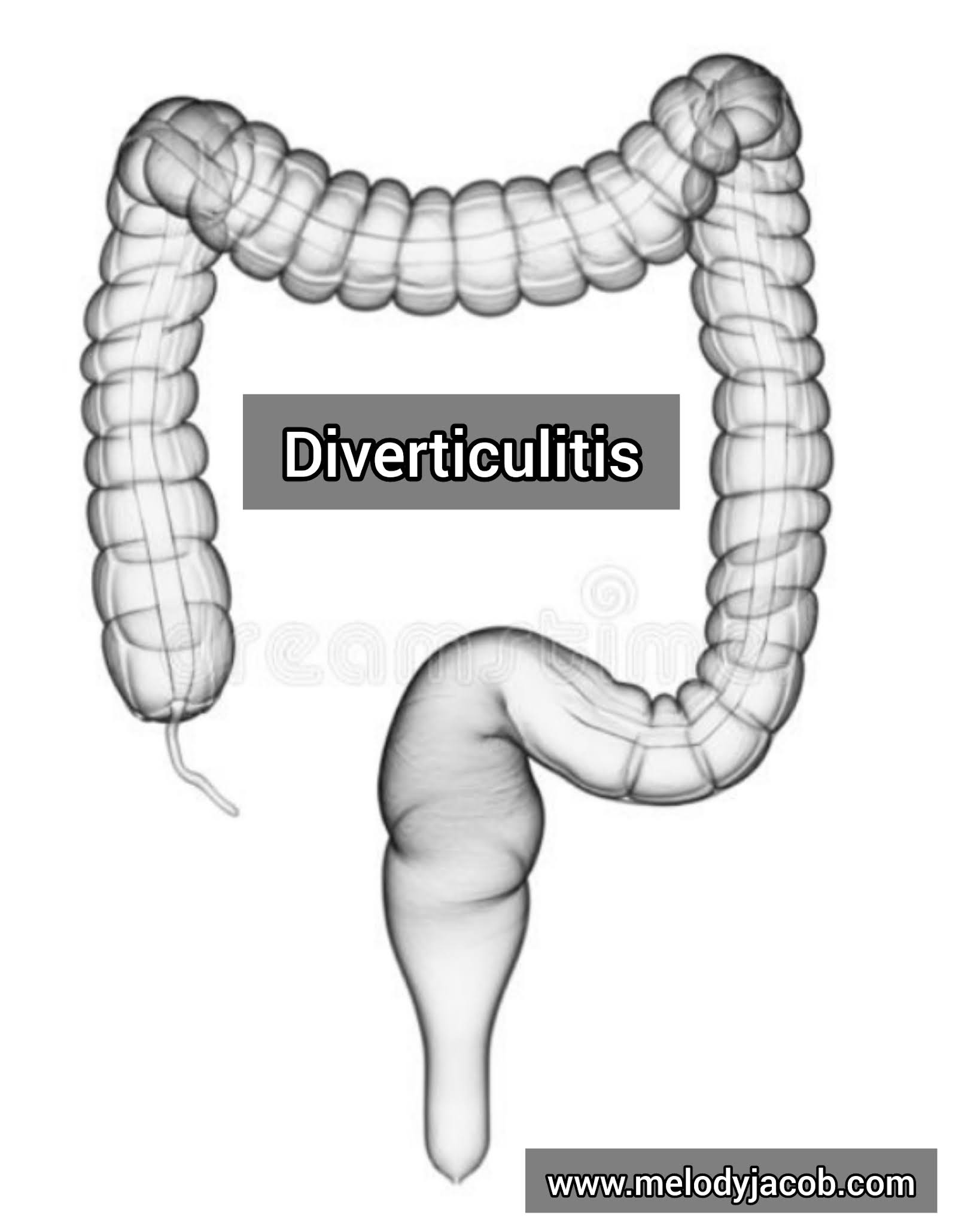