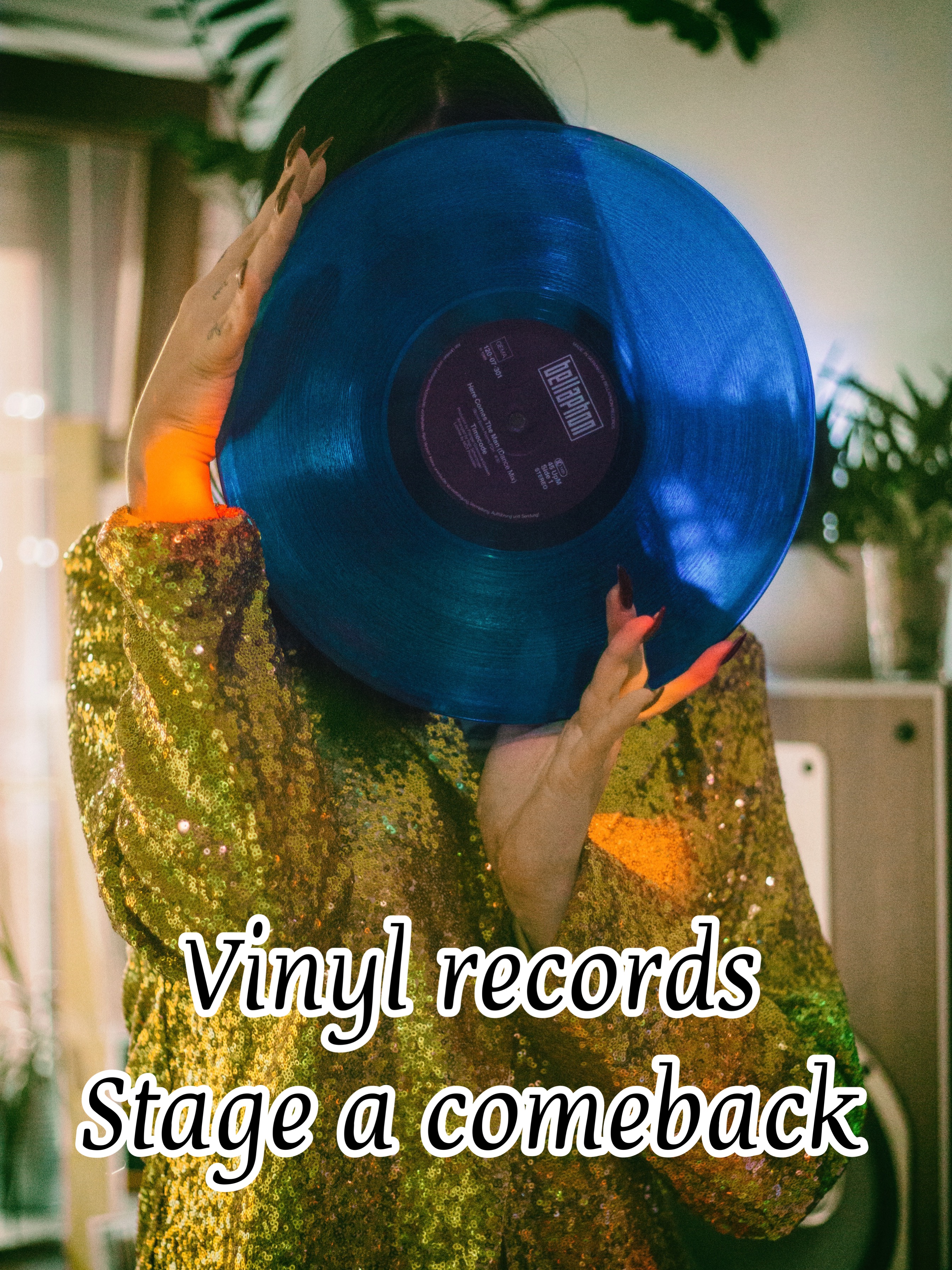 They say that trends cycle back around – and the elusive vinyl record is the perfect case study. Considering recent technology trends, it’s not unreasonable to suggest that vinyl records would be wiped out of the picture, with only the most dedicated fans keeping the movement alive behind the scenes. Little did we know that they would hurricane back onto the scene, seemingly out of nowhere. In fact, stats show that vinyl albums brought in £12 million more in 2022 than CD albums did. Let’s take a deep dive into what might have prompted this resurgence.

What are vinyl records

In a nutshell, vinyl records are disks that store music. To play the music they need to be placed on a record player and once they rotate with a needle in place, the music starts to play. Typically, the needle runs inwards, starting from the outside edge. Vinyl versions of gramophone or phonograph records are made using polyvinyl chloride plastic, with engravings on each side. You often need to flip the record onto the other side to play the additional stored music.

What happened to vinyl records

As with many other day-to-day concepts, vinyl records were blown out of the water due to technological advancements. Similarly, the way we listen to music has changed over the years. The sheer quantity of music available to us now is almost overwhelming – and it changes in the blink of an eye, with new tracks knocking old ones from the top spot on a weekly basis in the charts. The concept of listening to a single album from start to finish isn’t on the agenda for many of us these days, with so many other distractions on the cards.


Back on the scene

But as with many things in our society, trends cycle quickly, and the vinyl record sphere quickly regained traction, with millennials,s and in particular, Gen Z, consumers driving the upward tick of vinyl sales. In 2020, vinyl sales were the highest they’d been since the early nineties.

Why vinyl came back on the scene is hard to pinpoint, although many links drawbacks to the pandemic where individuals and households were locked down with little to spend their money on and more time than they knew what to do with. It’s also said that campaigns such as Record Store Day and LoveRecordStores have facilitated the revival, particularly for independent record stores.

Music and entertainment retailers witnessed sale patterns that haven’t been seen in an entire generation, prompting them to adapt their stock to meet the demands of the new record-hungry shoppers. Certain retailers offer incentives to draw in vinyl record collectors. For example, NHS workers can take advantage of discount codes at HMV to fuel their collection. Even vinyl record storage is on the up, with many retailers selling dedicated furniture to accommodate people’s collections.
pexel photos
SHARE:
Posted by MELODY JACOB on 1/24/2023 05:03:00 PM
Labels: DEVICES, music