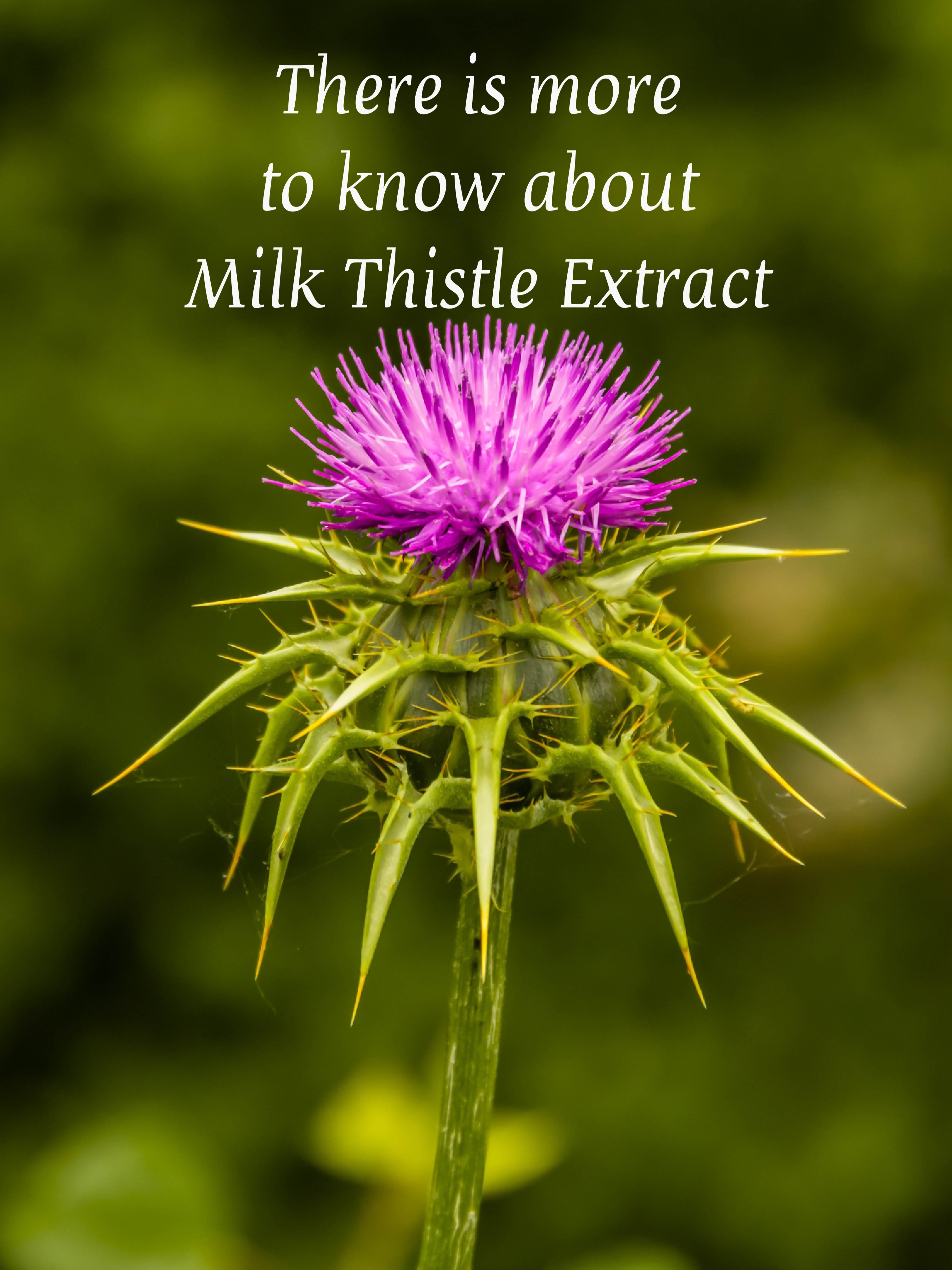 The liver is an extraordinarily complicated and laborious organ. Detoxification activities and the metabolism of carbohydrates, lipids, and proteins are the two tasks that receive the most attention. To ensure proper operation, the liver must be shielded from the constant barrage of hazardous substances created internally and ingested through food, water, and the environment.


What Are the benefits of Milk Thistle?
Numerous plants have positive impacts on liver function. The most spectacular research, however, has been conducted on milk thistle extracts (Silybum marianum). The majority of the health advantages of milk thistle extracts are attributable to the high concentration of silymarin, a complex of flavonoid chemicals that protect the liver from damage and promote detoxification processes.

Milk thistle extract can prevent liver damage and grow new, healthy liver cells to replace the damaged ones. And milk thistle benefits the liver more than any other organ. In addition, research indicates that milk thistle extract can help repair and regenerate kidney cells, resulting in a 25–30% increase in renal cell replication. The kidneys are an additional crucial component of detoxification.

In human clinical trials, milk thistle extracts (often standardized to contain 70% silymarin) have demonstrated numerous positive effects, many of which are related to enhancing liver function. When liver function improves, this organ is better able to do its job. As a result, improvements in blood sugar regulation, cholesterol, fat metabolism, and general health are observed.

How does Milk Thistle Extract Contribute to Detoxification?
One of the most important ways that milk thistle extract increases detoxifying processes is by reducing glutathione depletion. Levels of this important detoxification aid, an antioxidant, and a cellular defender are directly related to the liver's capacity to defend itself and eliminate toxic substances. In essence, the higher the glutathione concentration, the better the liver's potential to detoxify toxic substances.

When exposed to compounds that can harm the liver, such as alcohol, the glutathione content in the liver often decreases significantly. This glutathione deficiency makes liver cells susceptible to harm.

Not only does milk thistle extract prevent the depletion of glutathione caused by alcohol and other harmful substances, but it has also been proven to raise glutathione levels in the liver by up to 35% in individuals with normal liver function. The results of this study show that milk thistle extract can speed up detoxification by up to 35%, even in healthy people. This is because the amount of glutathione in the liver is linked to the liver's ability to detoxify.


What Does Research Suggest Regarding Milk Thistle Extract?
Numerous clinical studies have demonstrated that silymarin has good benefits for liver health regardless of the organ's stress or strain. Clinical and analytical evidence usually confirms the benefits. One early study, for instance, showed the benefits of silymarin for people exposed to harmful substances. 49 of 200 workers exposed to toxic toluene and/or xylene fumes for 5 to 20 years had abnormal liver function test findings and/or abnormal platelet or white blood cell counts in this study. Thirty sick employees were administered silymarin, while the remaining 19 were left untreated. The administration of milk thistle extract enhanced liver function measurements as well as platelet and white blood cell counts.

Increasing the Effectiveness of Milk Thistle Extract
The most effective form of milk thistle uses Phytosome® technology to link silybin, the main active ingredient in silymarin, to phosphatidylcholine made from sunflower oil.

The essential component of lecithin, phosphatidylcholine, is not only an emulsifier or transporter of silybin. It has also been demonstrated to boost liver health by repairing cell membranes. Therefore, these two components of Siliphos® protect and repair liver cells in a synergistic manner. Siliphos® is better equipped to achieve this objective than conventional milk thistle extracts, according to a scientific study, because it is better absorbed and contains phosphatidylcholine.

Several human and animal investigations have demonstrated the superior absorption of Siliphos® compared to standard milk thistle extracts containing an equivalent level of silybin. In one study, the excretion of silybin in bile from individuals following gallbladder removal due to gallstones was studied. The required bile samples were obtained using a T-tube, a specific drainage tube. Patients received either a single oral dosage of Siliphos® or silymarin extracted from milk thistle. Within 48 hours, the amount of silybin recovered in the bile was 11% in the Siliphos® group and 3% in the silymarin group.

Silybin has been proven to increase the solubility of bile, which is a key finding of this study. Since more silybin is delivered to the liver and gallbladder when phosphatidylcholine-bound silybin is used, this is the optimal form to support liver health in individuals with poor bile solubility, such as those with gallstones or fatty liver infiltration, two conditions characterized by decreased bile solubility.

In a separate study designed to evaluate the absorption of Siliphos®, plasma silybin levels were evaluated after administering single oral doses of Siliphos® and a comparable amount of silybin from milk thistle extract to nine healthy participants. Siliphos® was approximately seven times better absorbed than regular milk thistle extracts standardized to contain silymarin (70–80%).

Better Absorption and Better Results
Several human clinical studies have demonstrated that Siliphos® supports improved liver function more effectively than regular silymarin extracts. In a study that was mostly meant to test the dose-response relationship of Siliphos®, positive effects were shown again at a level that was better than what was reported for milk thistle extracts with 70–80% silymarin.

What are the side effects of Milk Thistle?
Milk thistle extracts have been extensively studied, and neither animal nor human studies have revealed any toxic effects. Due to the fact that silymarin stimulates bile flow, humans may experience looser stools.

Takeaway
In conclusion, plants support our health in numerous ways. From lowering inflammation to enhancing liver function, numerous species contribute to our optimal health. Milk thistle extracts are famous due to their high silymarin content, and research indicates that they have various positive benefits when administered to people. Consult your physician before beginning any new health regimen, and ask him or her to determine if milk thistle extract is a suitable option for you. If they concur that ingesting it can improve your health, then nothing should prevent you from harnessing nature's great power!

To take charge of your health, read the NNCH background on milk thistle.

New comments are not allowed.