How to Handle Bedtime Procrastination

Sleep is essential for good health, and sleep deprivation can have serious consequences. 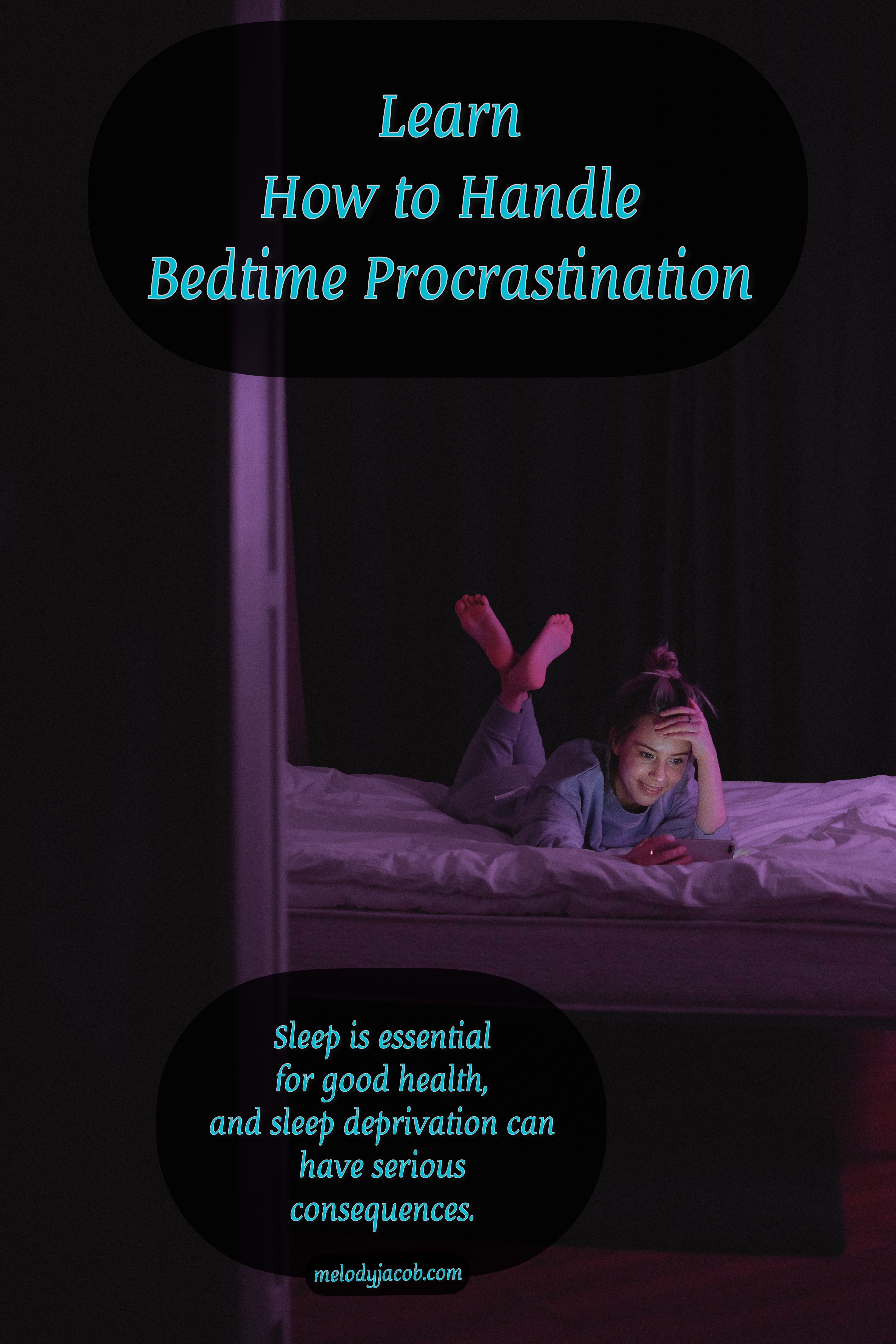 Several years ago, Netflix's official Twitter account posted the following message: "Sleep is my greatest enemy." This is exactly how you might feel when you know you should be in bed but don't want to go. But your need to stay awake might be bad for your health. Here's why it's time to stop putting off going to bed and start moving in a healthier direction:

What does procrastination at bedtime mean?
Our highly connected world keeps us busy by giving us one more episode to watch, one more text to answer, and a few more social media apps to try out. It can be hard to find time for ourselves when we have to deal with stress and problems every day. Does it come as a surprise that many of us delay going to bed?

Nearly 20 years ago, a group of researchers in Europe came up with the term "bedtime procrastination" to describe someone who goes to bed later than planned even though they know it will affect them. According to their findings, adults who delayed going to bed by a large margin felt more tired and slept fewer hours per night than their counterparts who did not delay going to bed.

People who tend to put things off use their smartphones for nearly 80 minutes before bed, while those who don't tend to use them until after midnight.

What's the point?
Getting less sleep than you need on a regular basis or not getting enough good sleep is linked to a number of bad health outcomes, such as high blood pressure, heart problems, cognitive problems, and depression. Along with good nutrition and exercise, sleep is one of the three most important things for good health. Yet we often forget that getting enough restful sleep is a way to improve our physical and mental health.

What can you do if you have trouble going to bed on time?
Researchers from the Republic of Korea recently did a small trial of a programme to help people who put off going to bed. Their programme is all about getting people more motivated and changing the way they act. During this preliminary study, 20 people met once a week for 50 minutes for three weeks, and then they got a phone call to check in. They cut the amount of time they wasted before bed by more than 60% and had less trouble with insomnia and daytime sleepiness.

Five encouraging takeaways may assist you in reducing bedtime procrastination:

Find out why you want to make a positive change. If there were no advantages to procrastinating before bed, you wouldn't do it, like watching more TV or taking advantage of the one opportunity you have for solitude during the day. But you probably aren't counting the costs of staying up later than you should. You feel good right now because you're awake, but if you go to sleep now, you might feel good in the morning, but that's a long way off—hours and hours away. Be frank with yourself about the benefits and drawbacks of bedtime procrastination, as well as how you will feel the following day.

Keep track of how you sleep. Most likely, you don't remember when you wanted to go to bed and when you actually went to bed in the last few weeks. If you write this down for a week or two, you'll be able to tell if you're putting off going to bed too long.

Set a goal that is possible. Let's say you know you need to be in bed by 11 p.m. to wake up the next day with a clear head and feeling good. If you usually go to bed at 1 a.m., going to bed at 11 p.m. every night might not be possible. Start by trying to get to bed 15 or 30 minutes later. If that works, keep going in the same direction.

Set up a plan for change. Making a promise to someone else is one of the most effective strategies you can use. It holds you accountable and makes it much more likely that you will make the changes you want to make in your life. Have you ever wondered why having a personal trainer makes you more likely to go to the gym? In this case, you might want to tell a partner, parent, child, relative, friend, or co-worker about your goals and how things turned out.

Watch out for obstacles. As you try to make changes, be aware of the problems you might face. For instance, you might feel lonely at night, which might make you use your phone more than you should to feel like you're in touch with other people.

In conclusion
You are not the only one who puts off going to bed. Whether you feel like you never have enough time for yourself or you stay up too late on Sunday nights because you dread your list of things to do on Monday, it's easy to see why you don't want to go to sleep. It's normal to put off going to bed sometimes, and it probably won't hurt your health. But if you keep putting things off and end up getting less sleep than you need, you might want to try strategies to break the habit. 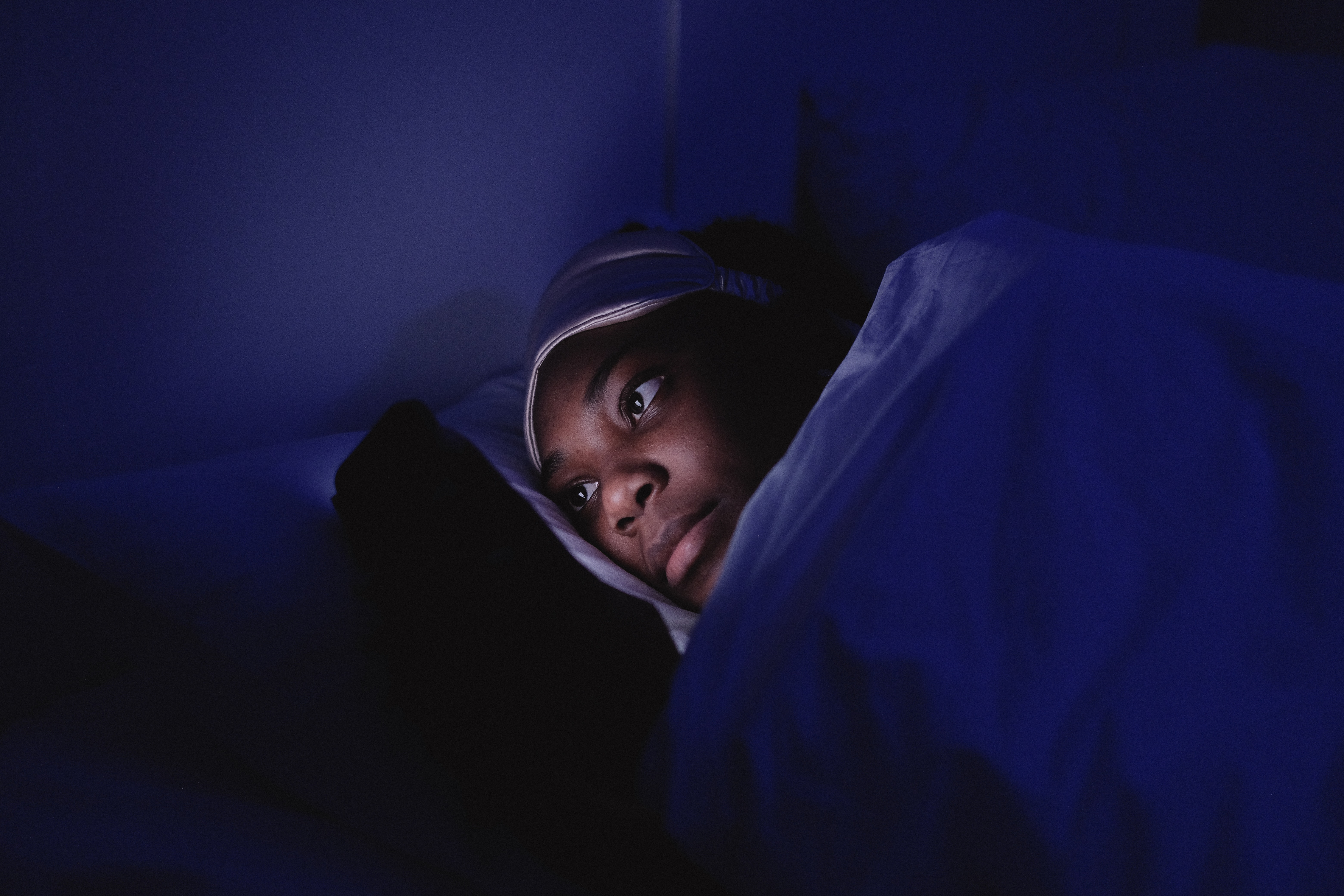