What is Bronchitis?
Acute bronchitis is an inflammation of the bronchial tubes, the hollow air channels connecting the lungs and windpipe (trachea). Inflammation can be induced by an infection or by other irritants in the airways, such as cigarette smoking, allergies, or exposure to fumes from certain chemicals.
Acute bronchitis caused by infection typically begins with an upper respiratory infection, such as the common cold or flu (influenza), which spreads from the nose and throat into the airways. Acute bronchitis does not cause lung damage in the same way as pneumonia does. Pneumonia is visible on a chest X-ray, although acute bronchitis is typically not.
Although the majority of cases of acute bronchitis are caused by viruses, the condition can also be caused by bacteria.
Symptoms of Bronchitis
A cough is the primary symptom of acute bronchitis. Coughs can be dry or produce sputum, a mucus-like substance that is expelled from the lungs. Clear, hazy, brown, yellow, or greenish sputum is possible. Additionally, wheezing, chest tightness or pain, shortness of breath, sore throat, nasal congestion, fever, and exhaustion may occur.
Diagnosis of Bronchitis
To diagnose acute bronchitis, your health care practitioner will review your medical history, paying special attention to any recent upper respiratory infections. Additionally, your doctor will listen to your chest using a stethoscope for wheezing and mucous-clogged airways. The oxygen saturation level in your blood can be determined using a tiny device that softly closes around a finger. If your health care provider detects any abnormal lung sounds during the physical examination or detects a drop in your oxygen level, he or she may order a chest X-ray to rule out pneumonia.
Duration Estimated
The majority of cases of acute bronchitis resolve spontaneously after five days, although coughing typically lasts seven to ten days. Coughing may persist for weeks or even months after an infection has cleared, as the bronchial linings remain inflamed and may constrict, as in asthma. In certain instances, inhalers can aid in the treatment of the cough. Chronic bronchitis develops when bronchitis recurs frequently or occurs on the majority of monthly days for at least three months of the year for two years. Chronic bronchitis is more common in smokers, both current and past.
Prevention of Bronchitis
Acute bronchitis cannot be prevented entirely. However, the risk of bronchitis and complications can be lowered by refraining from smoking and receiving flu shots to avoid contracting the flu, which can result in acute bronchitis.
Treatment of  Bronchitis
The majority of cases of acute bronchitis are self-limited. Acute bronchitis patients will be advised to rest and drink plenty of fluids to keep the mucus thin, watery, and easily coughed up. Additionally, warm, moist air can help release sputum and facilitate coughing and breathing. As a result, many physicians recommend at least one of the following for those suffering from bronchitis:
Utilization of a vaporizer or a humidifier
Standing in a hot shower or near one
Consumption of hot tea or soup
Inhaling vapor from a sink or saucepan of hot water. Tent a towel over your head while bending over the water to collect additional steam. To ensure your safety, avoid inhaling steam from a pot of boiling water that is still on the burner.
If you have a fever, your physician will likely recommend aspirin, ibuprofen (Advil, Motrin, and others), or acetaminophen (Tylenol). However, aspirin should not be administered to children under the age of 19 to prevent the risk of Reye's syndrome, an uncommon but serious and sometimes fatal condition that can occur when a feverish youngster takes aspirin.
Smokers should abstain from smoking during the sickness to avoid irritating the airways.
If your bronchitis is caused by a bacterial infection and does not improve on its own, your doctor may prescribe an antibiotic. Antibiotics will be prescribed only if there is a strong suspicion of bacterial infection causing bronchitis. This is due to growing concerns about antibiotic resistance, a condition in which bacteria adapt in ways to resist antibiotics. This problem is becoming more prevalent and is exacerbated in part by antibiotics being used inappropriately or when they are not necessary.
Doctors may occasionally prescribe a bronchodilator, an inhaled medicine that aids in the opening of the airways. These are the same medications that some asthmatics use to help them breathe easier during an asthma attack.
When Should You Talk To A doctor?
Make an appointment with your health care provider if your mild cough persists for more than a week or if you cough up thick, bloody, foul-smelling, or green-colored phlegm.
You should contact your physician if:
Breathing becomes labored or uncomfortable.
You develop a new wheeze or your asthma symptoms increase.
You have a high fever that does not subside despite taking acetaminophen or aspirin.
If you have a fever that lasts longer than three days.
Any time you get chest pain, you should seek medical care. Chest pain can originate from either the heart or the lungs.
Individuals at high risk of acute bronchitis complications — such as babies, the elderly, or those with chronic lung or heart problems — should consult a physician at the first symptoms of bronchitis.
Acute bronchitis frequently mimics the symptoms of mild asthma. Individuals who experience recurrent bouts of acute bronchitis should consult a physician to determine if they may have undetected asthma.
Prognosis
Acute bronchitis normally resolves quickly in an ordinary, healthy person, either on its own or with antibiotic treatment. Certain individuals, such as the elderly, babies, smokers, and those with heart or lung disease, are more likely to suffer problems from acute bronchitis. 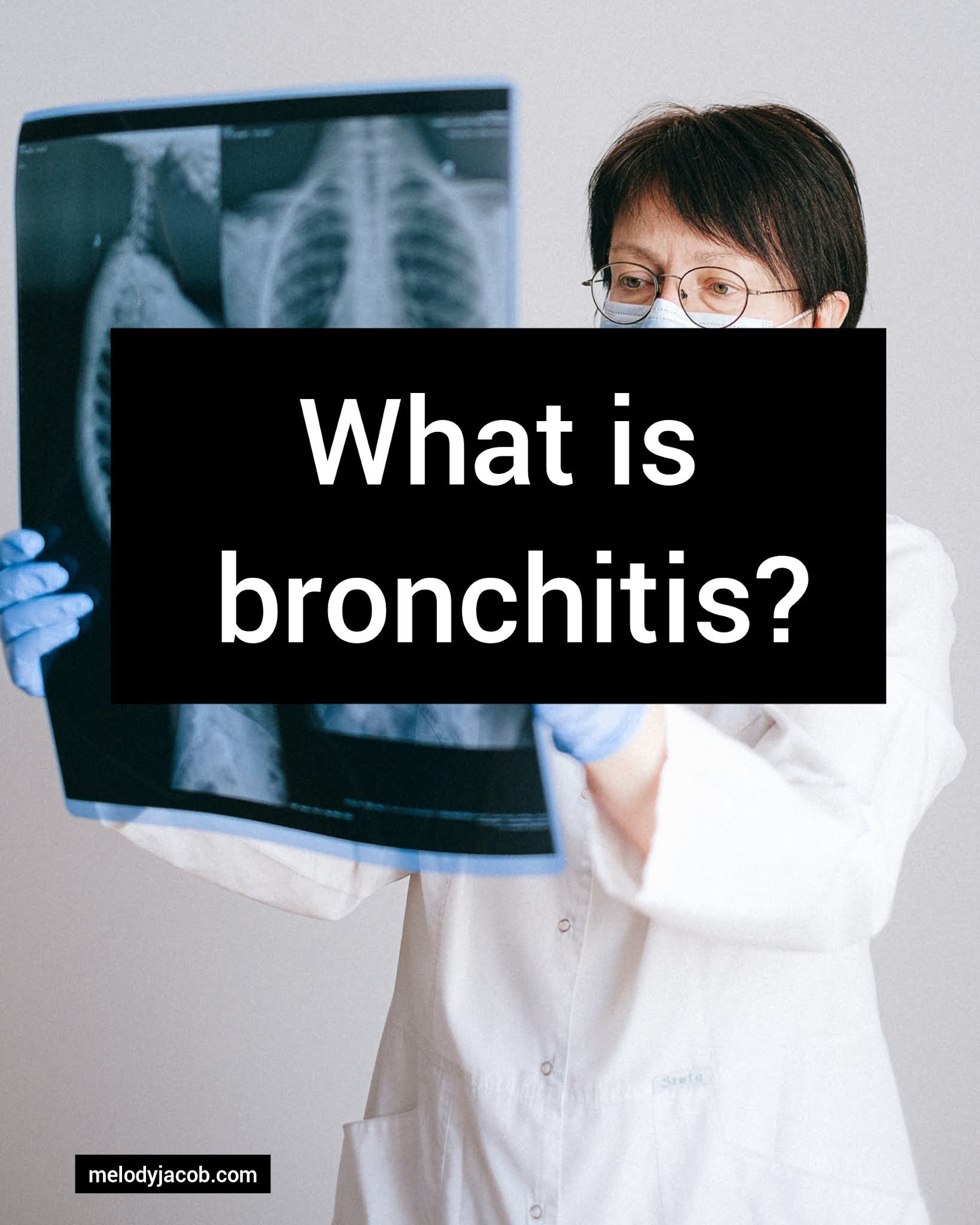 DISCLAIMER:
No content on this site, regardless of date, should be used to replace direct medical advice from your doctor or another trained practitioner.
SHARE:
Posted by MELODY JACOB on 11/12/2021 05:18:00 AM
Labels: HEALTH/FITNESS
Newer Post Older Post
Home