What is the cause of inflation? 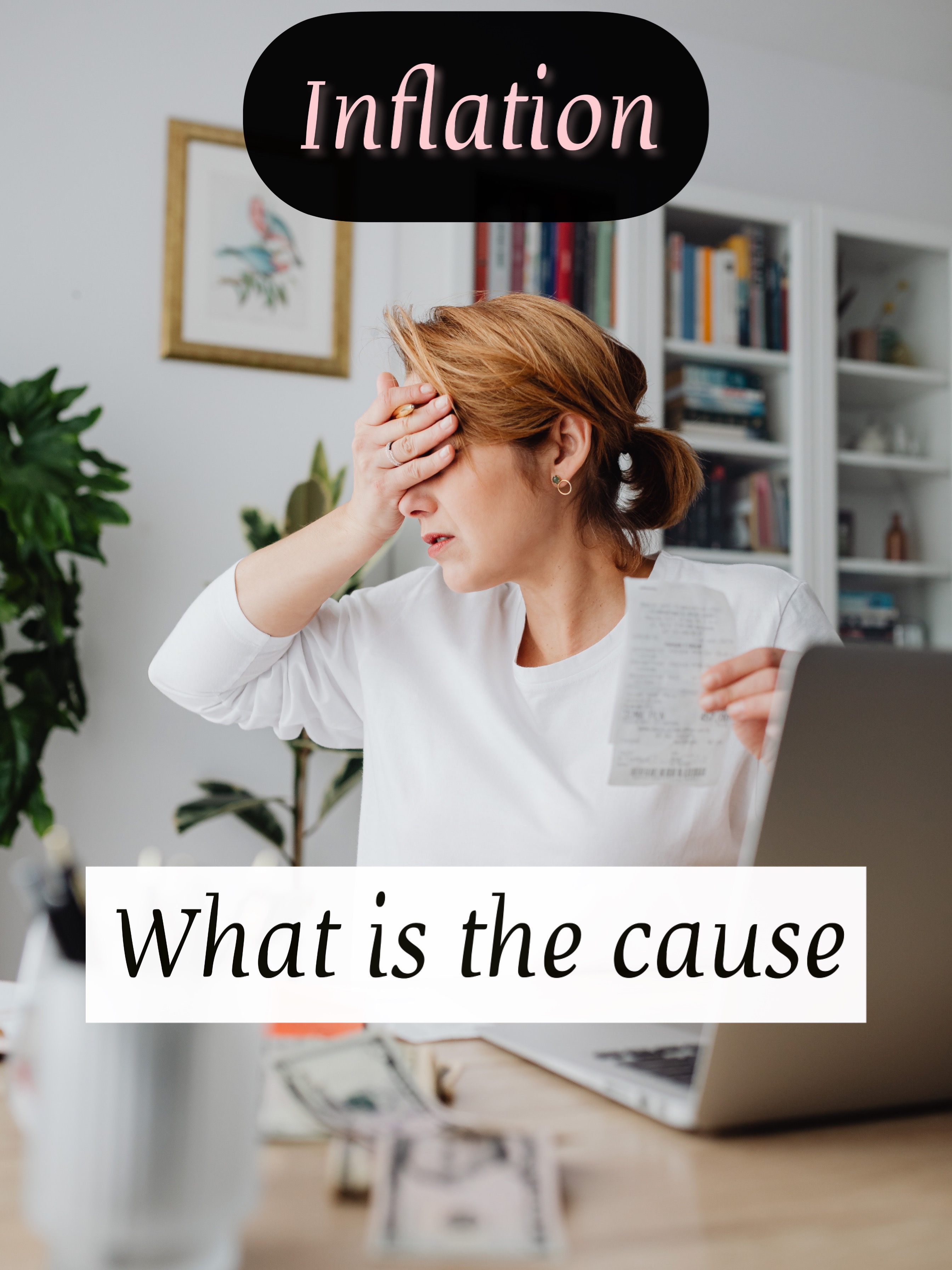 What is inflation?
The word "inflation" refers to a general rise in prices in an economy. In the year 2022, inflation is becoming a bigger threat to world prosperity.

Inflation spirals out of control when people demand pay raises because their money isn't going as far because of sudden price increases. If prices go up too quickly, they can disrupt an economy's ability to function normally. People in "hyperinflation" tend to spend their paychecks as soon as they come in because waiting even hours results in higher prices.

As a result, governments typically employ interest rate policies and inflation targets to limit price increases to acceptable levels. When widespread anticipation precedes a small amount of inflation, the result is usually benign. Inflation within the United States should average 2% per year, according to the Federal Reserve.

However, since the spring of 2021, price increases in the United States and elsewhere in the developed world have been significantly outpacing inflation. The threat of a global slowdown and even a recession in some countries in 2023 is a direct result of the high inflation that has prompted many central banks to begin raising interest rates. One must first understand the fundamentals of inflation and its causes before being able to make sense of the actions being taken by central banks and their potential consequences for businesses.

But why does demand exceed supply in the first place? A Concise Guide to Macroeconomics: What Managers, Executives, and Students Need to Know by David Moss provide an overview of the three pillars of macroeconomics that can explain why this might occur. The book is organised by Moss according to the three concepts of output, money (how much cash is in circulation), and expectations (what people think will happen next). All three contribute to inflation.

Shocks to the supply of a necessary economic input, such as energy, are a common cause of inflation. For instance, if a war causes a significant number of oil fields to stop producing oil, the cost of energy will rise. Since energy is a necessary component of virtually every product, its rising cost drives up the cost of those products as well. The term "cost-push inflation" is commonly used to describe this phenomenon.

If there is less of a product available, the price should rise, demand should fall, and a new equilibrium would be reached. Real life is more intricate than that. It is possible that a supply shock could cause prices to rise steadily because there aren't many viable alternatives. Alternatively, this could be because consumers are readjusting their expectations for future inflation in light of the initial price hike or because of the ambiguity surrounding the end of the supply shock.

There is also the demand side of the money-supply equation. Moss explains that inflation is typically brought on by a rise in the money supply. He says that when people have more money, they start to see purchases as investments rather than impulse purchases. The rising demand from consumers will only lead to higher prices and a further acceleration of inflation if the supply of goods and services has not also increased. "Too much money chasing too few goods" is a common phrase used by economists to describe the causes of inflation. This phenomenon is sometimes called "demand-pull inflation."

According to economist Milton Friedman, inflation is "always and everywhere a monetary phenomenon," giving credence to the money supply theory of inflation. Although it is correct that inflation can result from a rise in the money supply, Friedman's claim was exaggerated. In fact, expectations might be the single most important factor in creating inflation.

Inflation models often attribute their onset to spiralling expectations rather than actual increases in the money supply. The idea is that if more money is flowing, demand will rise and supply will rise to meet it. Inflation is triggered by an unexpected rise in demand (or a fall in supply).

In a similar vein, the level of inflation we experience is influenced by how much inflation the public anticipates. Workers' purchasing power decreases as commodity prices rise. In this way, people bargain for higher wages in anticipation of higher inflation in order to keep their standard of living stable. Yet if companies anticipate this wage inflation, they may increase prices even further, leading to a "wage-price spiral" that further fuels inflation. Fortunately, wage-price spirals don't happen very often.

Central banks work hard to keep inflation expectations "anchored" by maintaining their credibility on the issue. Simply put, they want to instil confidence that they can achieve their inflation goal so that the public stops paying attention to inflation data from month to month and instead accepts the central bank's projections.

Joblessness and price increases
Remember that inflation stems from excessive demand outstripping supply. The same concept can also be framed by wondering how much "slack" there is in the economy right now. When people put in their time and effort, along with the use of machinery and other infrastructure and the utilisation of natural resources, an economy is able to produce goods. However, there are times when economies are unable to produce as much as they could. This could be due to a number of factors, including but not limited to high unemployment rates, idle factories, etc. Extremely high rates of unemployment occurred in many nations after the global financial crisis of 2008. The economy had a lot of "slack," or excess resources that weren't being used.

Inflation is unlikely to occur in a flexible economy because demand can easily keep up with supply. In the event of an unexpected increase in demand, idled factories would reopen, putting previously unemployed people back to work. Inflation typically occurs when the economy is operating very close to its full potential with very little slack. This is why inflation is more prevalent during times of low unemployment. When the majority of the labour force is employed, wage demands from those who are able to find work rise, and the cost of goods and services rises. And not enough people are working to meet any unexpected surge in business. Too much money is being spent on too few goods.

Inflation is not necessarily brought about by a low unemployment rate. However, in the short term at least, there is a trade-off between low inflation and low unemployment when the economy is operating at or near full capacity.

If inflation is a problem, why would raising interest rates be a solution?
Interest rates are a key tool used by central banks to control inflation and demand. Short-term interest rate targets are increased if inflation is high. When interest rates rise, it becomes more expensive for businesses and individuals to borrow money, which reduces spending and investment. Since consumer demand exceeds the supply of goods and services, it is possible to reduce inflationary pressures by reducing demand until it equals supply.

U.S. central banks primarily use what are called "open market operations" to influence interest rates, though they have other tools at their disposal. The Federal Open Market Committee determines the target interest rate, and the Fed then buys and sells bonds and other assets to influence the money supply and the short-term interest rate.