Botox may help with depression and anxiety. 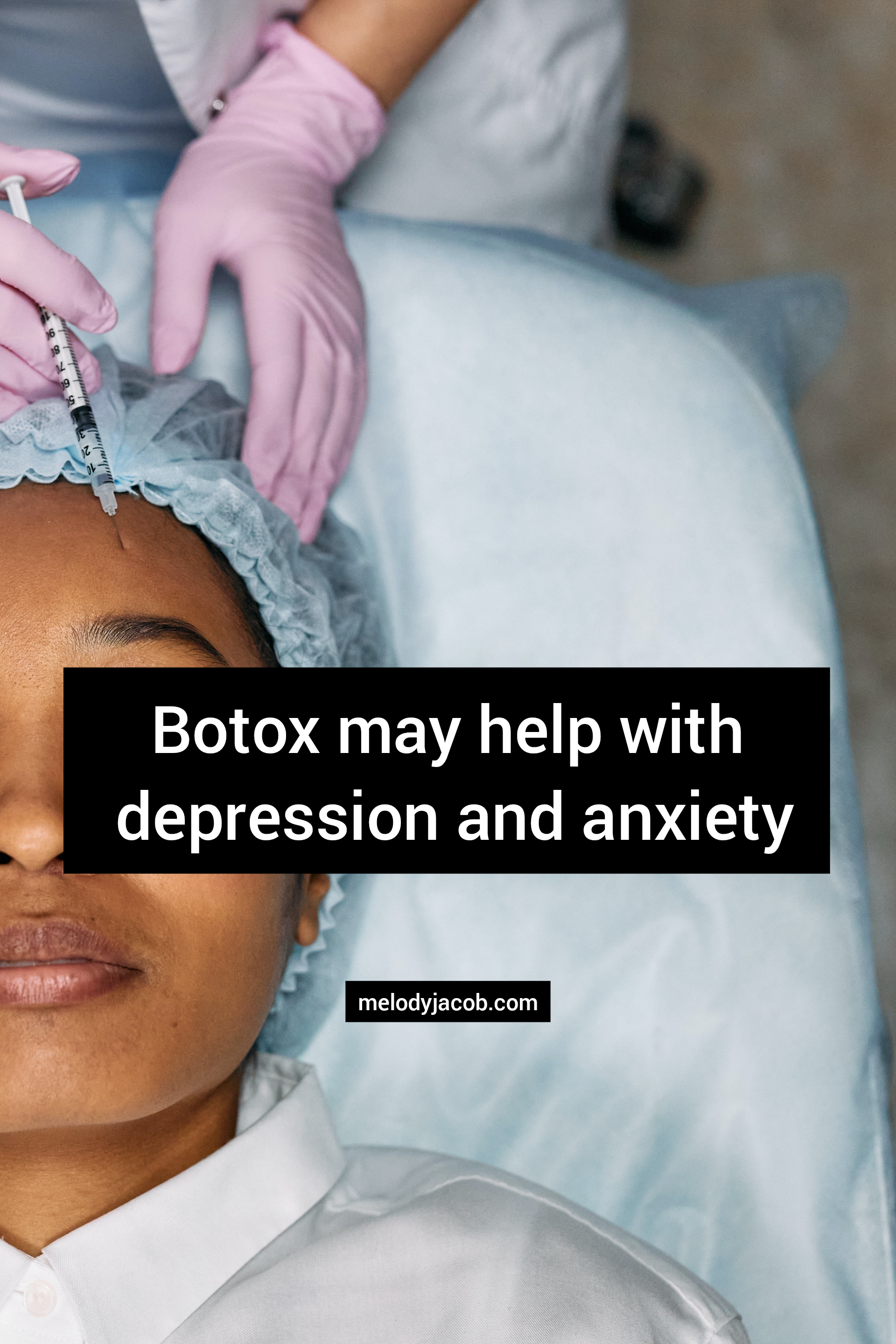 A study suggests that Botox injections to keep frown lines and furrowed brows from forming may help ease some of the symptoms of depression.

Botox is a popular wrinkle treatment that paralyses facial muscles with a toxin derived from the bacteria Clostridium botulinum. It is also used to treat health problems that don't show on the outside, like too much sweating, incontinence, and migraines.

But research from the past has shown that botox can also help improve a person's mood and ease some of the symptoms of depression.

Researchers looked at how 45 women with borderline personality disorder (BPD), a condition marked by impulsivity and strong negative emotions, felt after getting Botox treatments.

Patients with BPD have an overabundance of negative emotions such as anger and fear.

"We hypothesised that by relaxing the muscles in the forehead with botox, we would break a feedback loop between the face and the brain, reducing these negative emotions."

Botox could be used to treat depression.

During the study, the women were given botox or acupuncture and were asked about their emotional state both before and after.

For this task, they had to try to control how they reacted to certain cues while looking at pictures of faces with different expressions of emotion on a computer screen while scientists watched their brain activity.

MRI scans of the people who were injected showed that when botox was put in the forehead, some parts of the brain that deal with emotions were less active.

The researchers write in their paper, published in the journal Scientific Reports, that "this study provides the first evidence that glabellar botox injections may modify central neurobiological and behavioural aspects of BPD."

Dr Wollmer found that patients who had Botox had different brain activity, which could be seen on MRI scans.

"The images revealed a reduction in amygdala activity in response to emotional stimuli, which is frequently exaggerated in BPD patients," DrWollmer explained.

According to the World Health Organization, approximately 280 million people are suffering from depression.

"Because established treatments like psychotherapy or antidepressants don't work well enough for about one-third of patients, there is a need to develop novel treatment options, and this is where botox injections could play a role."

The researchers also discovered that botox reduced the patients' impulsive behaviour, which corresponded with the activation of prefrontal areas of the brain involved in inhibitory control.

According to the researchers, botox improves one's emotional state by breaking the "facial feedback loop."

This is a theory that dates back to Charles Darwin's time and states that making a specific facial expression, such as frowning, can strengthen certain emotions.

For example, frowning in response to a negative stimulus may help to intensify negative feelings of sadness or depression. The researchers of the new study believe that by preventing people from frowning with botox, they can break the vicious cycle.

Researchers have found that the way we show our emotions on our faces affects our health.

Anger, sadness, and fear are all examples of negative emotions that cause vertical wrinkles between the brows.

When this area is treated with Botox, the muscles beneath the skin are paralyzed, which is thought to make these feelings less strong.